Kentucky Bluegrass (Poa pratensis), one of the most predominant cool-season grasses in the United States, is known for its beauty and unmatched color, density, and texture. Self-spreading and sod-forming, this perennial species spreads readily via underground stems (rhizomes) to form a dense, thick turf, and can often be found on golf courses, athletic fields, park landscaping and home lawns throughout the country.

Despite its namesake, Kentucky Bluegrass is native to neither Kentucky nor North America, inherently reigning from Europe, Northern Asia, Morocco and the Mountains of Algeria. During the 17th and 18th centuries, European pioneers brought the seed to the United States when establishing homesteads in Kentucky. The grass flourished in pastures and limestone soils throughout the region and can still be found today covering the gently rolling hills. As for the ‘blue’ in Bluegrass, when the plant reaches its full mature height (2-3 feet) it produces small blue flower heads.

Kentucky Bluegrass is the most commercially valuable cool-season turfgrass in the United States with 90% of production coming from right here in our backyards, the Pacific Northwest.

For more information on Kentucky Bluegrass: 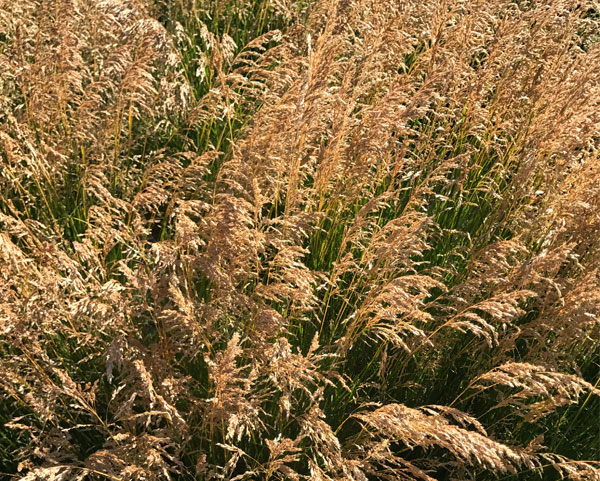